Georgia College Library is a member of the Federal Depository Library Program. 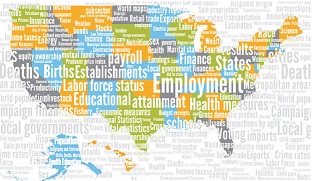 As on online database, the ProQuest version is able to include some special features. When you find a statistical table, it can be viewed as is like those in the older print versions. It can also be viewed as an Excel file that can be downloaded and modified to better fit the users needs.  And in some cases, the  entries in the Excel version may include a wider range of dates.

For more information, go to the ProQuest Statistical Abstract of the United States website. or click here to go directly to the site.