Dr. Mamie Walker is an educator, humanitarian and older sister to author and activist Alice Walker by 12 years.

She received her B.A. from Morris Brown College, her M.A. in Education from Syracuse University, and her Ph.D. from the University of London. She has served in various capacities from assistant dean to dean of students at several institutions.

On February 1, 1980, Dr. Walker founded the Lee-Stelzer Heritage Museum and Tallulah Humanitarian Group in Atlanta. She still serves as CEO. This organization funded the foundation of the Willie Lee and Minnie Tallulah Grant Walker scholarship fund, starting July 28, 2016 in Eatonton, Georgia. The scholarship is in honor of and named after Mamie and Alice’s parents. The fund is used to assist deserving, college-worthy students in Putnam County from poor families who receive limited or no aid for college.
----
Alice Malsenior Walker was born February 9, 1944 in Eatonton, Georgia. She is best known for her work as a novelist, poet, and activist and for winning the Pulitzer Prize in Fiction in 1983 for her novel, The Color Purple.

Alice Walker grew up in Eatonton, Georgia as the daughter of sharecroppers. At the age of 8, she was shot in the eye by a BB Pellet by her brothers and subsequently blinded in that eye; she cites this injury and the visible scar tissue as her reason for being “shy and timid” (John O’Brien Interview). She cultivated a passion for reading and writing poetry. Her childhood education occurred in racially segregated schools. She graduated valedictorian of her high school class. She subsequently attended Spelman College on scholarship (1961) and then transferred to Sarah Lawrence College in New York City where she took advantage of study-abroad programs to study in Africa. She graduated in 1965.

While at Spelman, Walker became active in the Civil Rights Movement and was inspired by Martin Luther King, Jr. She participated in sit-ins and marches. She also aided in registering African American voters in Liberty County, Georgia during her summers. During one night in the police station in Liberty County, she and other activists were accosted by a mob throwing broken bottles. She was invited to the home of Martin Luther King, Jr. in 1962 in recognition for her attendance at the Youth World Peace Festival in Finland. After moving to New York City to attend Sarah Lawrence, Walker continued her activity in the Civil Rights Movement.

Walker married Melvyn Rosenman Levanthal, a white civil rights attorney, and moved to Jackson, Mississippi in 1967. She worked as a black history consultant for the Head Start program, as well as writer-in-residence for Jackson State College (now Jackson State University) and Tougaloo College. Her daughter, Rebecca Grant, was born in 1969. Her marriage ended in 1977, and Walker moved to northern California, where she lives today. She has taught African American women’s studies at varied colleges including the University of Massachusetts at Boston, Wellesley College, Yale University, Brandeis University, and the University of California, Berkeley. She is an anti-nuclear activist, supports environmental causes, and has become an advocate for international women’s rights through her vocal protests against female circumcision in Africa and the Middle East. She serves as a contributing editor of Ms. Magazine and is the cofounder of Wild Tree Press.

Walker is most well known as a Pulitzer Prize-winning author. She has published multiple works in a myriad of forms – novels and short story collections, poetry collections, and nonfiction. Her first publication was a collection of poetry, Once (1968). This collection combined her experiences during the Civil Rights movement and her travels to Africa, the philosophy of Camus, and Japanese haiku, as well as her experiences with an unplanned pregnancy in 1964 upon her return to her senior year of college at Sarah Lawrence. The poems in the collection speak openly about love, suicide, and the mental and physical anguish she experienced before deciding to have an abortion. Walker has continued to publish poetry, including a second volume entitled Revolutionary Petunias and Other Poems (1973). This collection revisits her southern past and challenge political militancy. The collection won the Lillian Smith Book Award in 1973.

Walker has written several short story collections. Notable among these is the short story “To Hell with Dying,” which was included in Langston Hughes’ 1967 anthology The Best Short Stories by Negro Writers. It was later reprinted in Walker’s first collection of short stories, In Love and Trouble: Stories of Black Women (1973). She has also written essays, usually of autobiographical reflection. Notably, the collection In Search of Our Mother’s Gardens: Womanist Prose (1983) reflects her ideological take on feminist thought. This collection coins the term "womanist," characterizing her own take on black feminist thought. This collection won the Lillian Smith Book Award in 1984.

Walker's best known works are novels. She published her first book, The Third Life of Grange Copeland, in 1970. The novel focuses on Grange Copeland, a struggling tenant farmer in the Deep South around 1930. Walker focuses on the experiences of economic and social misfortune experienced by Copeland. Her most famous work is The Color Purple (1982). The novel won the Pulitzer Prize for Fiction in 1983, and was adapted into a film in 1985 by Steven Spielberg. The novel was also adapted into a musical which premiered at the Alliance Theatre in Atlanta in 2004 and opened on Broadway in 2005. The novel is epistolary, meaning that the narration occurs through a series of letters written by Celie. It details Celie’s childhood experiences, including incest and physical and emotional abuse, as well as her growing into a healthier adult.

Walker was inducted into the Georgia Writers Hall of Fame in 2001 for her accomplishments. She still writes, as well as blogs, on her personal website. 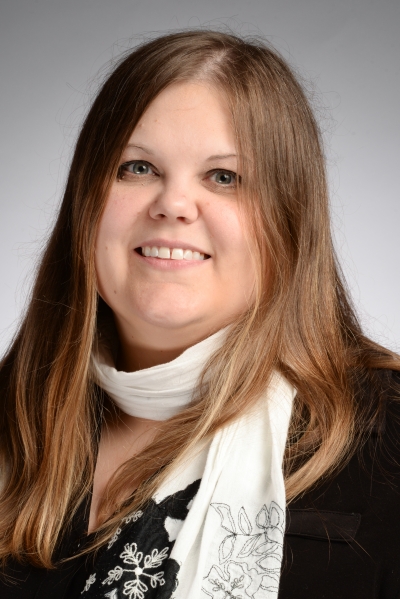