Skip to main content
It looks like you're using Internet Explorer 11 or older. This website works best with modern browsers such as the latest versions of Chrome, Firefox, Safari, and Edge. If you continue with this browser, you may see unexpected results.

In January 2013, the GC Library was awarded a grant by the National Endowment for the Humanities. This page is all about the grant and collection.

Examples from the collection

What is the grant?

The Bridging Cultures Bookshelf: Muslim Journeys is a project of the National Endowment for the Humanities, conducted in cooperation with the American Library Association, the Ali Vural Ak Center for Global Islamic Studies at George Mason University, Oxford University Press, and Twin Cities Public Television. Support was provided by a grant from Carnegie Corporation of New York. Additional support for the arts and media components was provided by the Doris Duke Foundation for Islamic Art.

The Georgia College Library was one of only 843 libraries and humanities councils to be awarded the Bridging Cultures: Muslim Journeys bookshelf in 2013.  As part of the grant, the Library received the bookshelf itself, which included twenty-five books, three films with public performance rights, one DVD with seven video essays about Islamic art and architecture, and a one year subsciption to Oxford Islamic Studies Online.  The bookshelf, including all of the books and movies, is currently located on the second floor of the Library, where it will remain for the rest of 2013.  In 2014, the contents of the bookshelf will be integrated into the Library's Circulating Collection permanently.

Along with the bookshelf, the Library will be hosting and supporting several events throughout 2013 that will be held in conjunction with the grant.  This page will be updated as dates of the events are finalized.

May I check out items from the collection?

Yes!  All of the books and movies in the collection are available for check out now.  You may find the list in the Library Catalog, or come in person to the second floor of the Library. 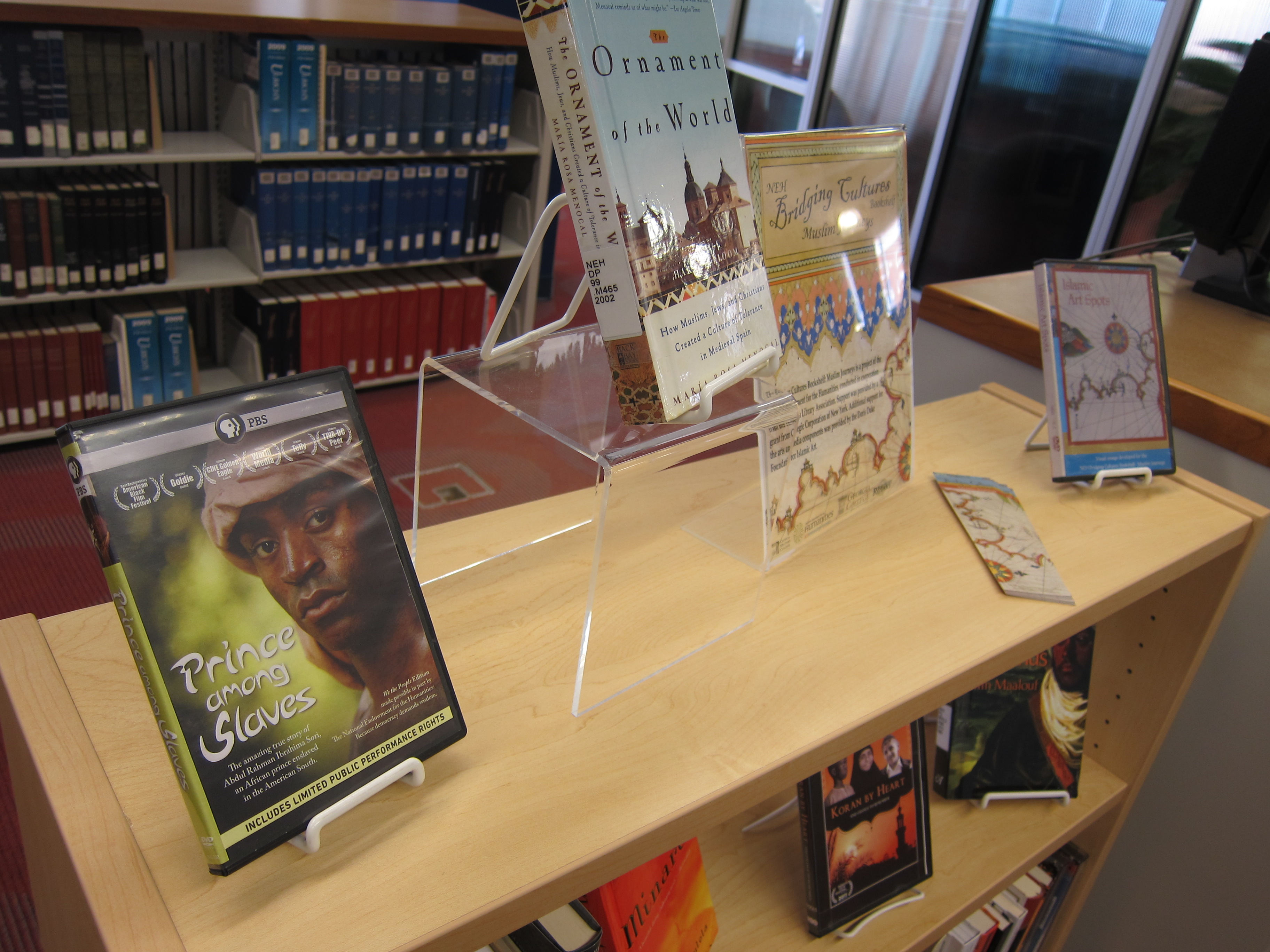 If Bridging Cultures: Muslim Journeys interests you, you may also like to visit 20,000 Dialogues!  20,000 Dialogues is a nationwide initiative that uses films to promote pluralism, dialogue, and civic engagement. It seeks to build greater understanding of Muslims through films and conversation.  They are also the creators of Prince Among Slaves, part of the Bridging Cultures: Muslim Journeys collection.