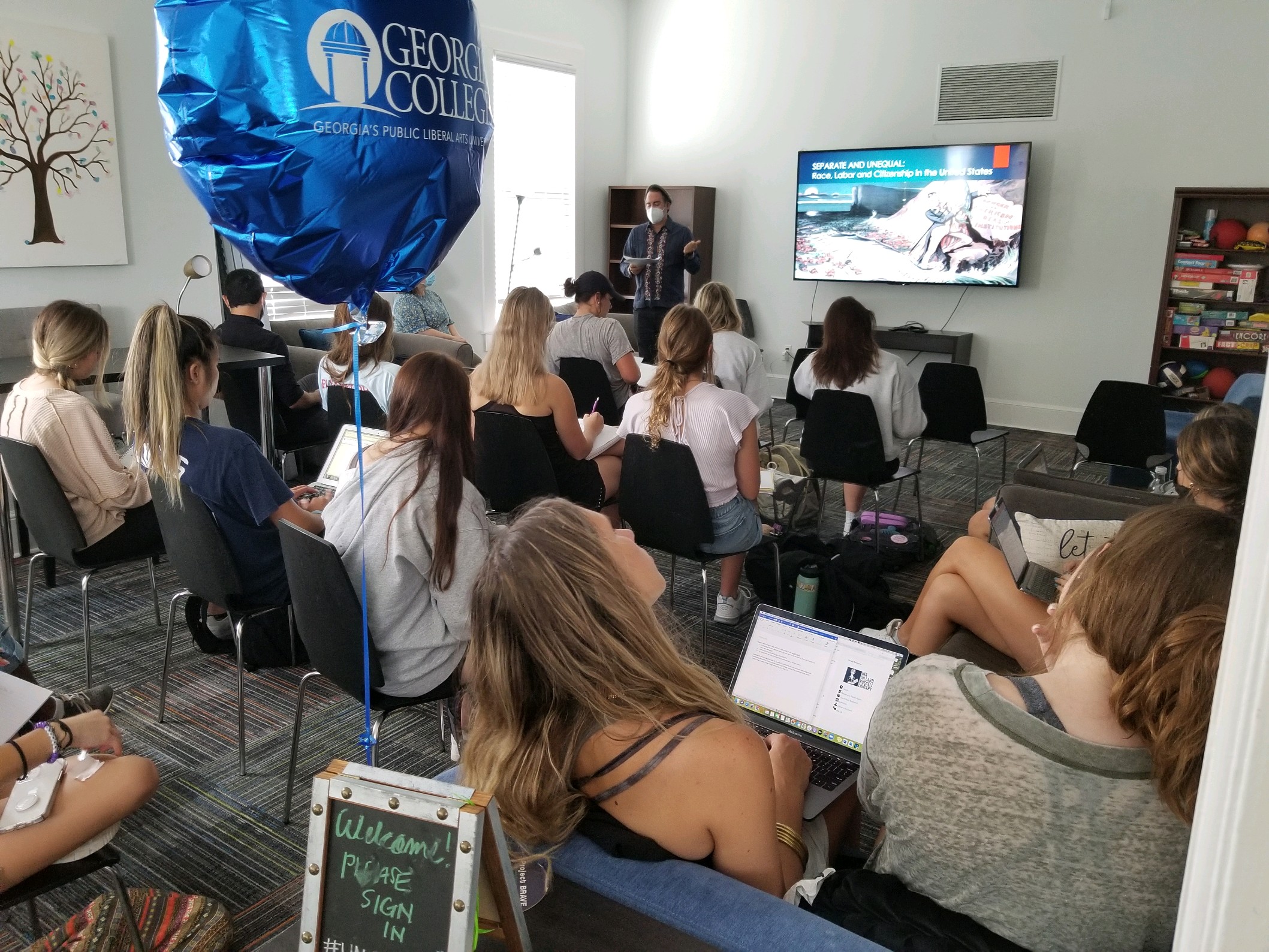 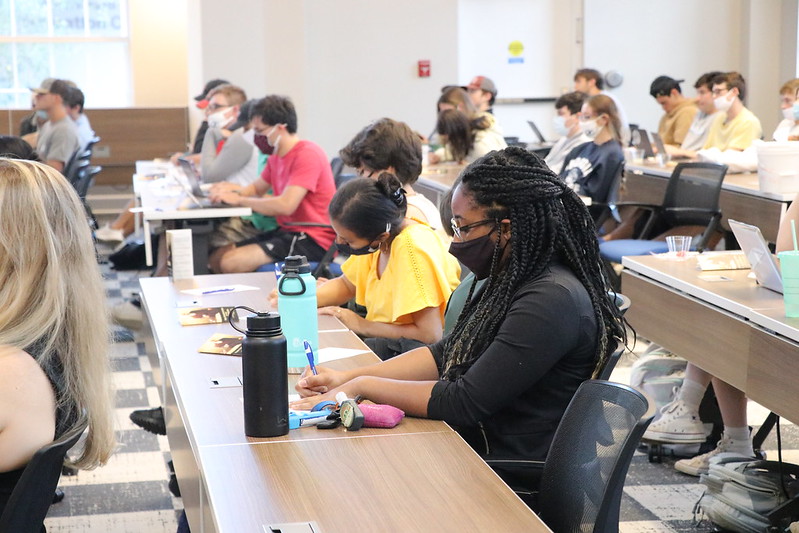 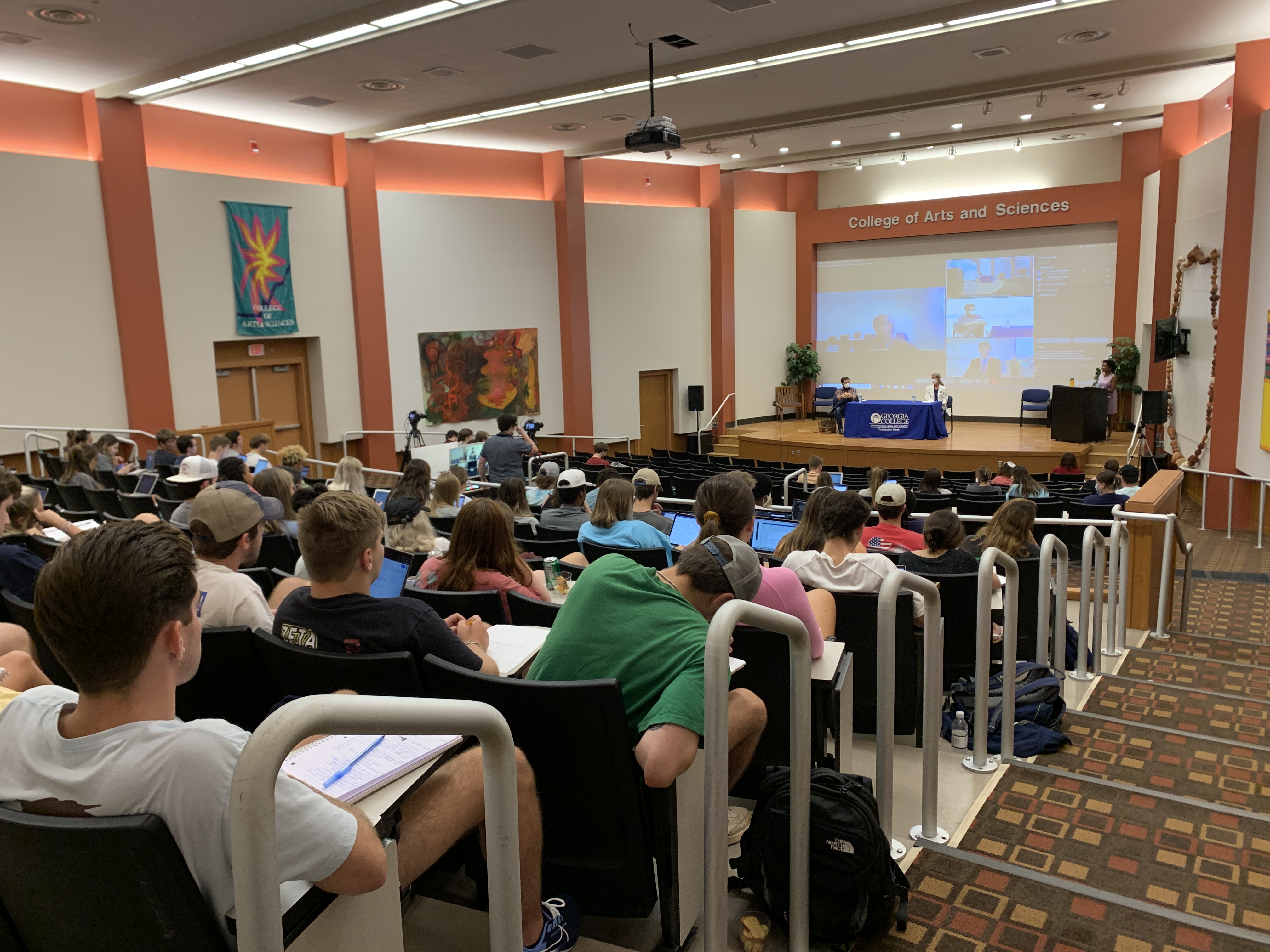 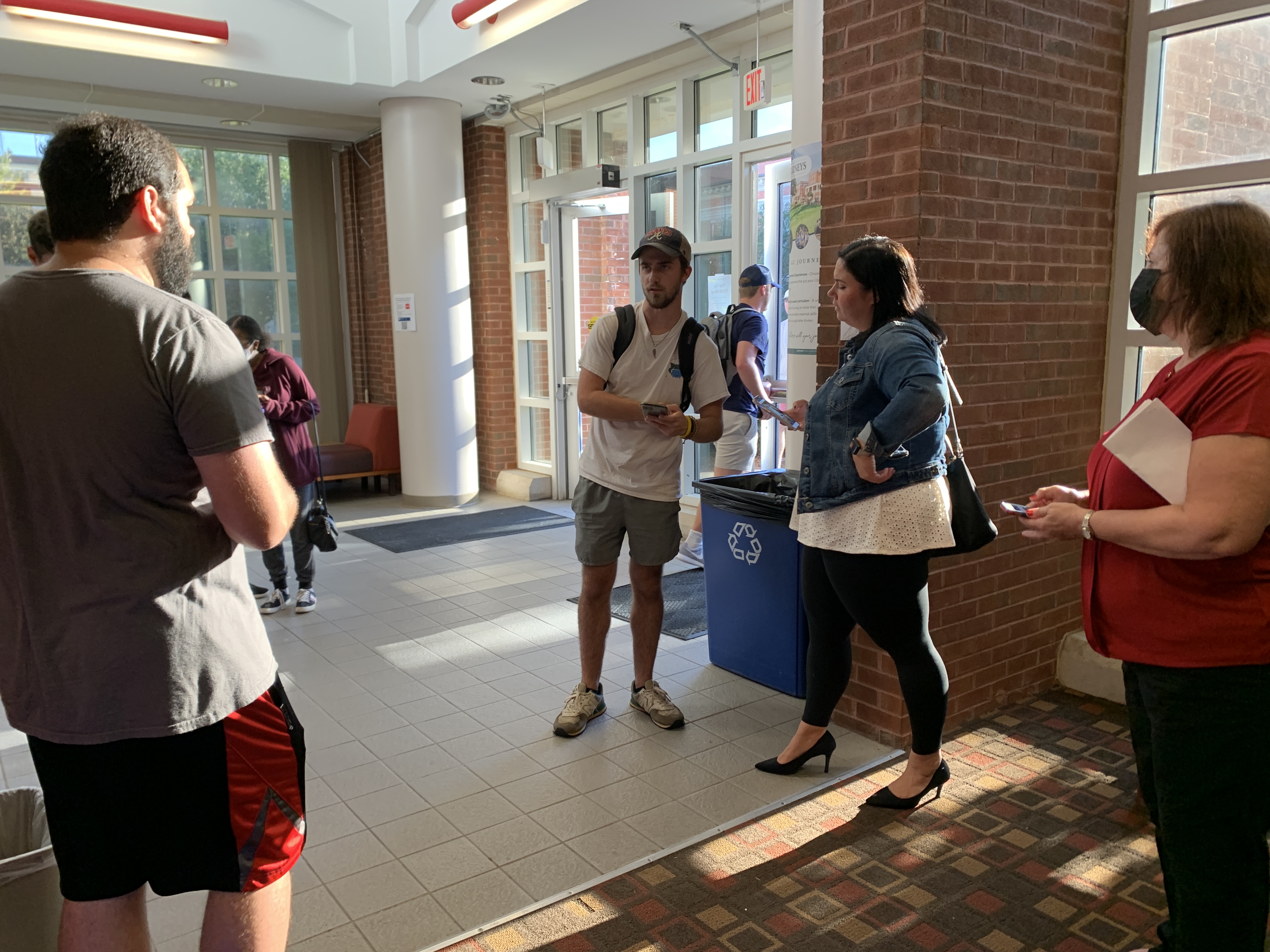 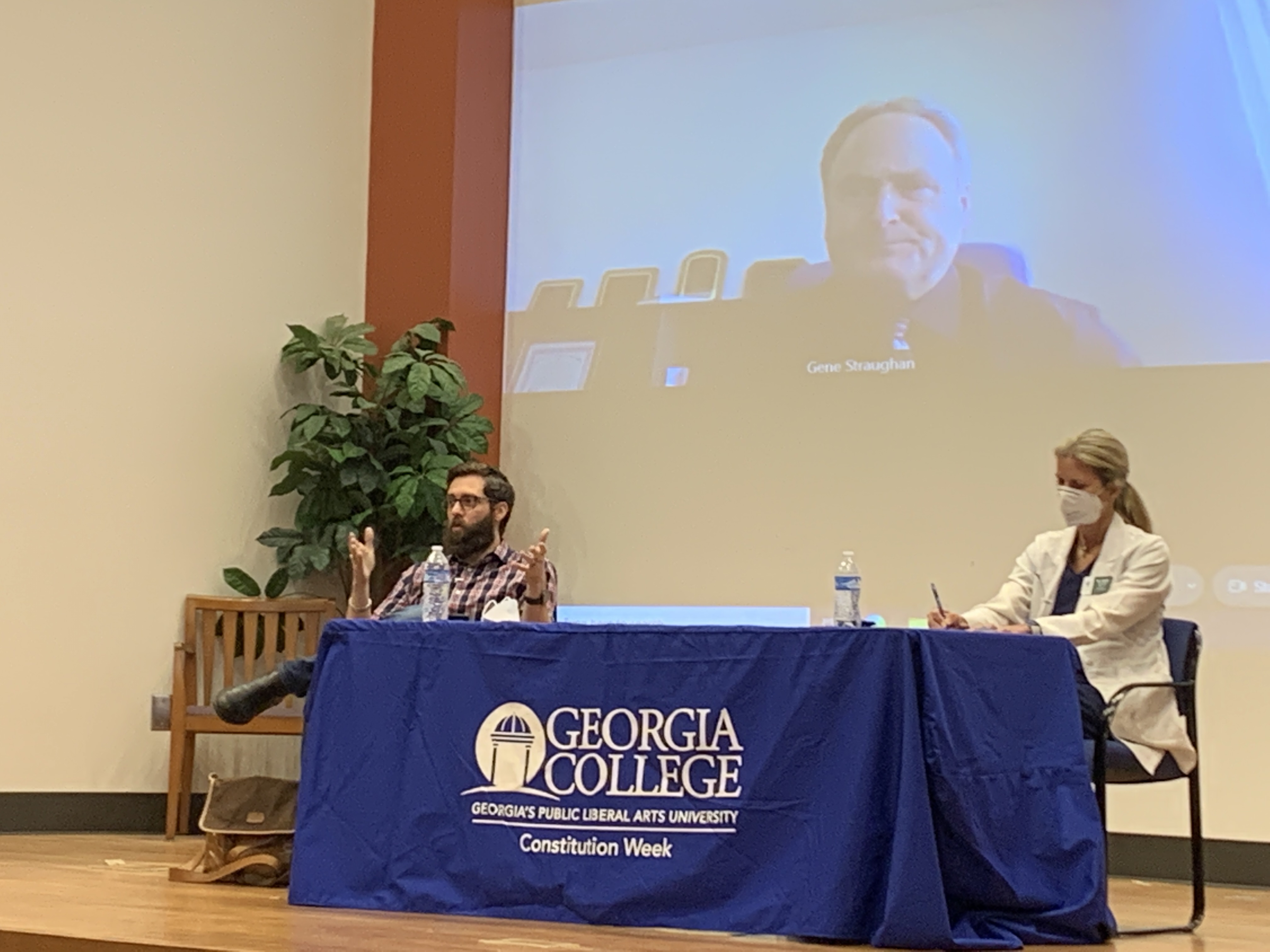 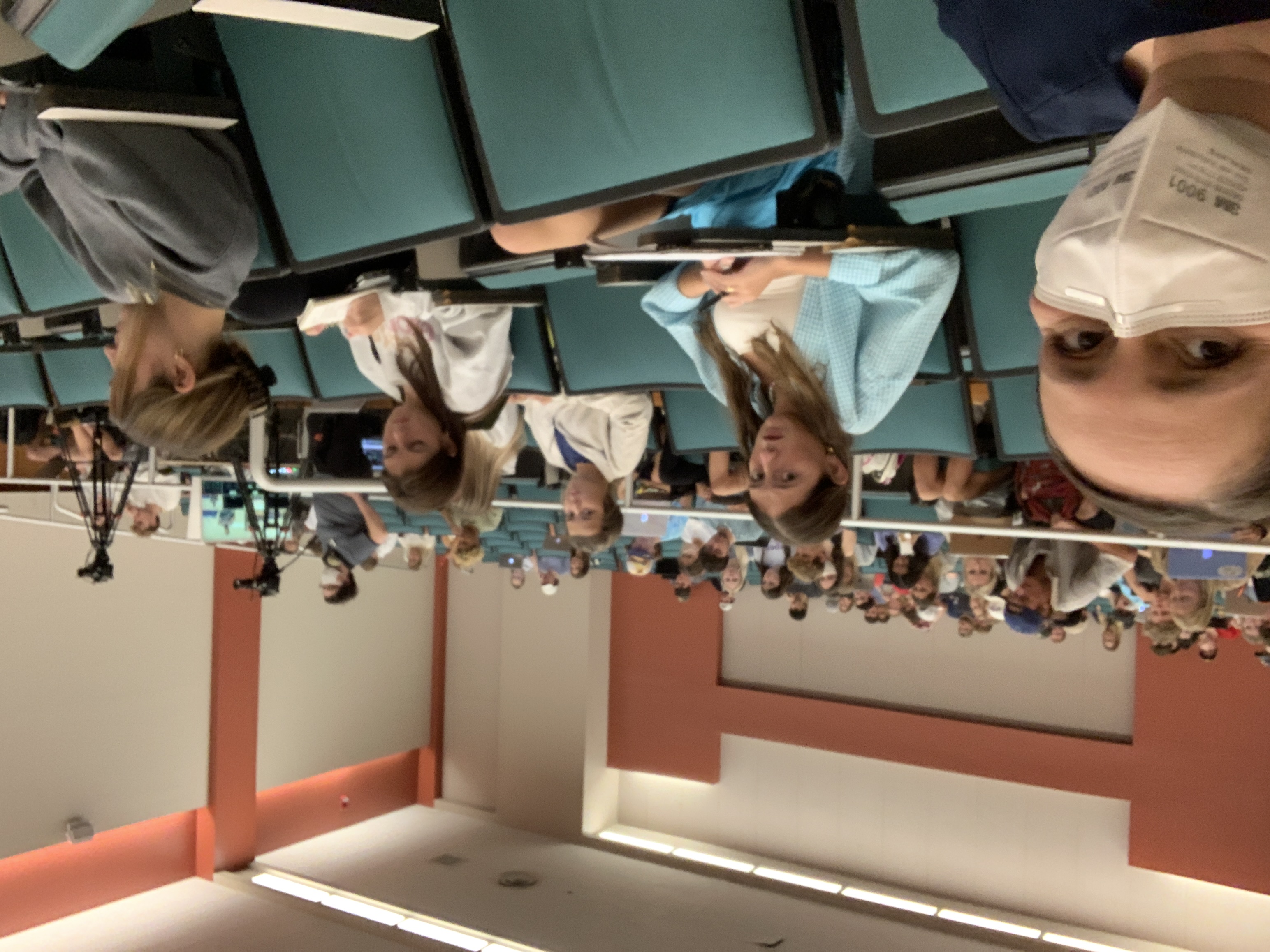 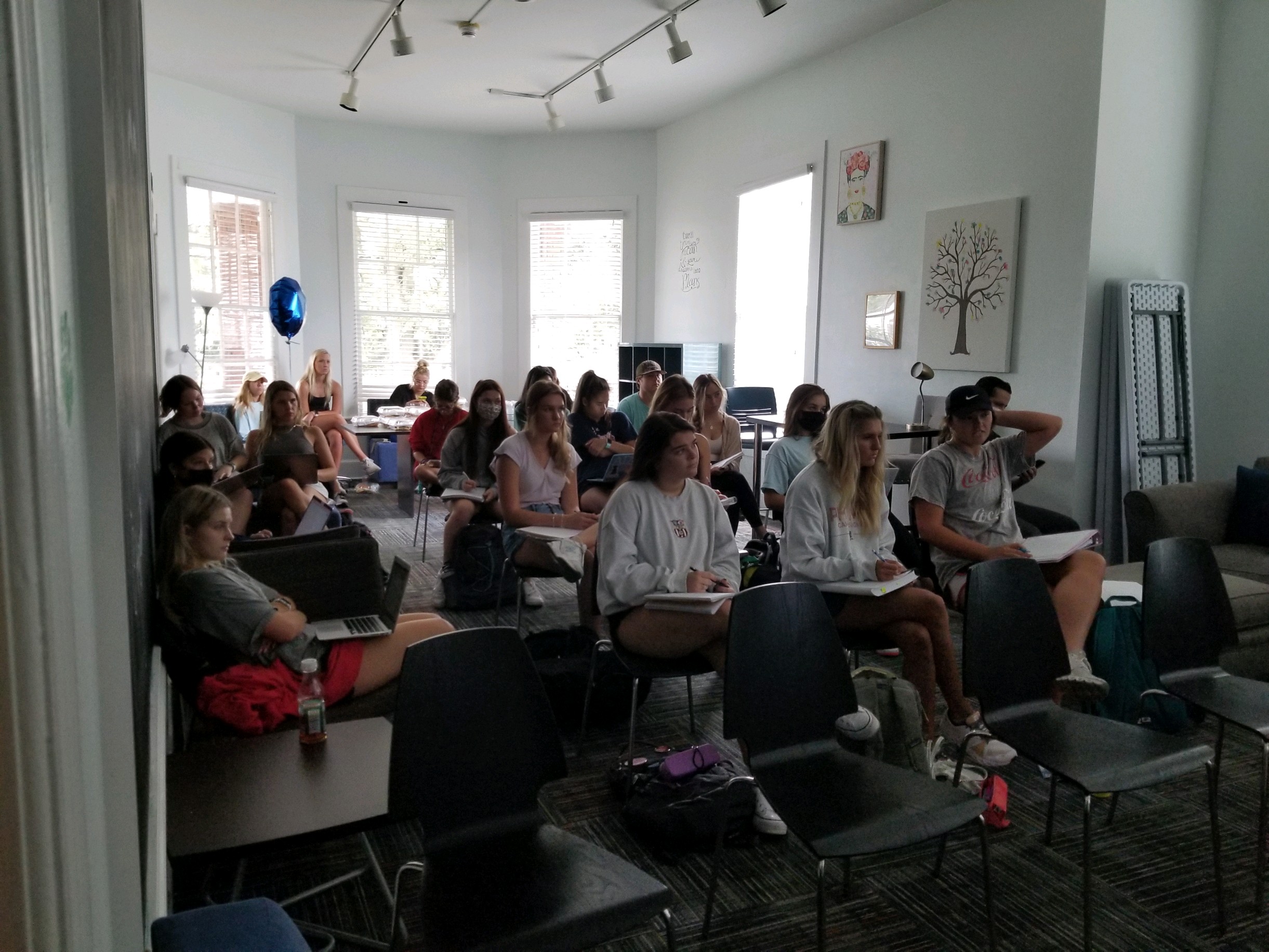 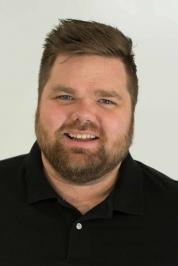 Mikkel Christensen is currently an Assistant Professor of Communications at Georgia College and Advisor to PRSSA. His research interests include crisis communications, news consumption and political knowledge, and political communication. He received his Ph.D. from the University of Missouri. 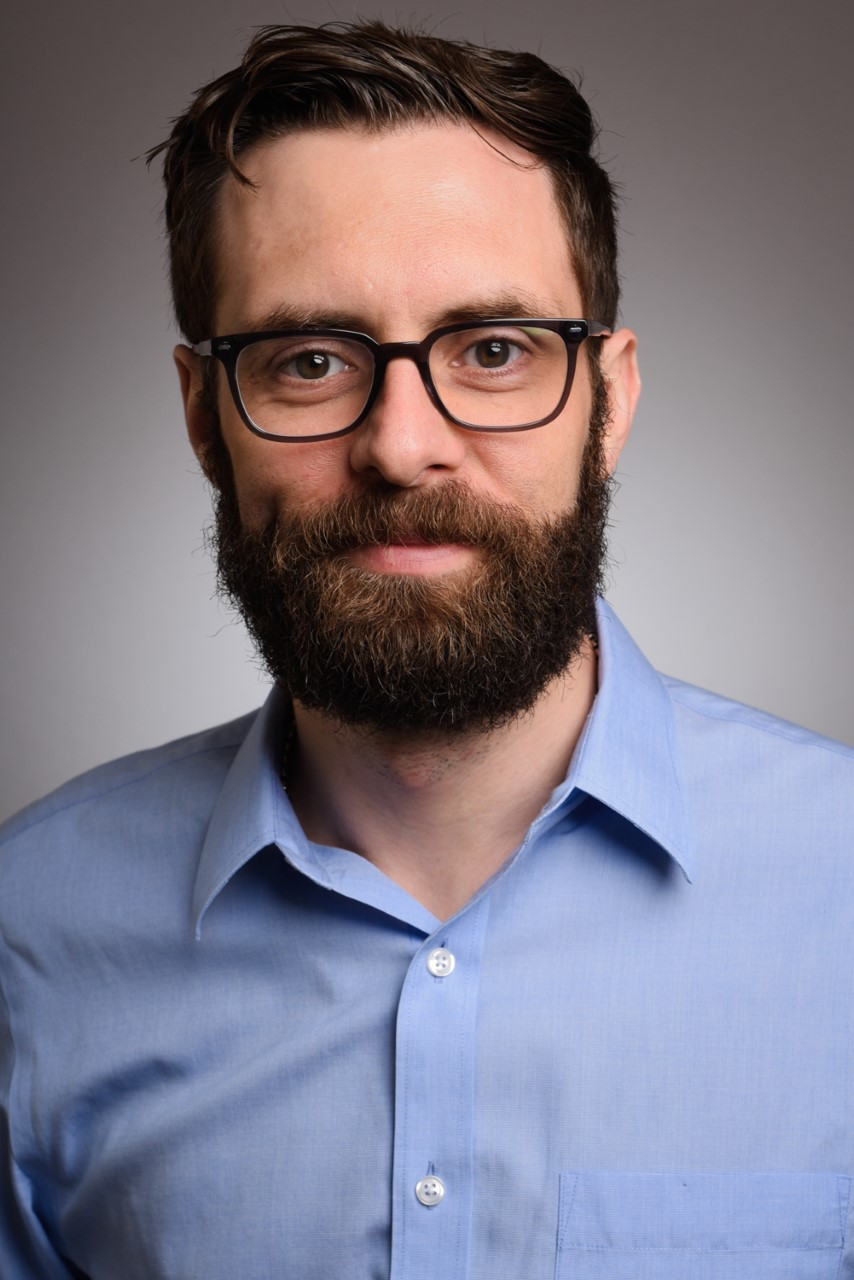 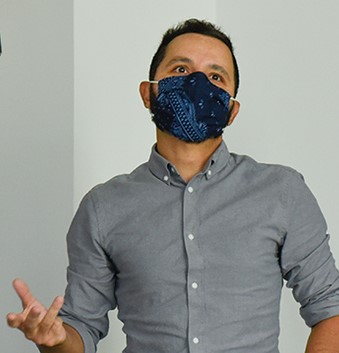 Amir Moheet is a Coverdell Visiting Scholar. His focus at GCSU is on the dynamics of human mobility from a global perspective broadly construed, such as processes of refugee displacement, asylum seeking, internally displaced persons, labor migration, the ethics of open-borders and migration, etc. Dr. Moheet is currently teaching a course on global migration at GCSU. He is a former refugee whose family received asylum in the U.S., and he was a political analyst and asylum and refugee officer with Refugee, Asylum, and International Operations Directorate of the Department of Homeland Security in the Los Angeles field office. Dr. Moheet has conducted federally funded research abroad with refugees in Turkey, where he lived for the better part of the past three years (it has the largest refugee population in the world since spillover from Syrian civil war forced war refugees to seek safety in 2011). 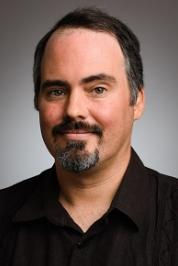 James Daria is an Assistant Professor of Anthropology at Georgia College. Dr. James Daria is a cultural anthropologist specializing in issues of migration, race, and labor across the U.S.-Mexican border. He is currently working on a book about indigenous Mexican farmworkers picking our food under conditions of modern slavery. At GCSU Dr. Daria teaches a number of classes on migrant, refugee, and human rights issues. 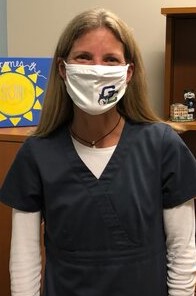 Angie Childre is the Director of Student Health Services at Georgia College. She graduated from Georgia Southern with a Bachelor of Science in Health Science and went on to obtain her Bachelor of Science in Nursing from Georgia College and later received her Family Nurse Practitioner from Walden University. She has recently obtained her Doctorate of Nursing Practice from GCSU. 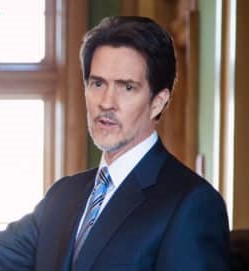 Page Pate is an accomplished trial lawyer with over 25 years of experience in criminal defense and civil litigation. He has a national practice and has represented people in federal district and circuit courts all across the country. He has also helped resolve international legal disputes in Great Britain, Ireland, The Bahamas, and Spain. Page has been named to the list of Super Lawyers for the past 12 consecutive years. He is also listed as one of The Best Lawyers in America by U.S. News, and was recently named as one of the Top 100 Trial Lawyers by the National Trial Lawyers Association. Page is a founding member and current executive board member of the Georgia Innocence Project, and an active member of the Federal Bar Association, the National Associations of Criminal Defense Lawyers, and the Georgia Trial Lawyers Association. More information can be found here. 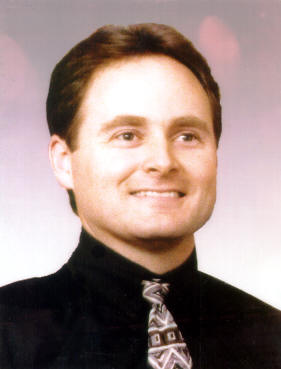 Gene Straughan is a professor and Director of the Justice Studies Program at Lewis-Clark State College in Lewiston, Idaho. He has won numerous awards for teaching such courses as American National Politics, State and Local Government, Law and Society, Political Philosophy, Constitutional Law, Civil Liberties and Civil Rights, First Amendment Law, Native American Law, and International Law. He has taught and coached undergraduate mock trial and moot court teams. He has also served as an agency program evaluator for Community Prosecution and Law Enforcement grants, funded by the United States Department of Justice. 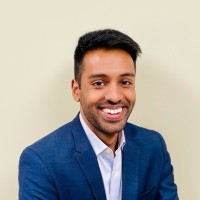 Rahul Garabadu is the Voting Rights Staff Attorney at the ACLU of Georgia. As a native Georgian, Rahul is passionate about ensuring that elections in Georgia are free and fair. In his current role, Rahul litigates cases involving voting rights and provides his expertise regarding Georgia and federal election law. Rahul’s involvement in democracy and voting rights spans the globe. Prior to working at the ACLU of Georgia, Rahul served on a delegation that traveled to the Democratic Republic of the Congo on behalf of the Atlanta-based Carter Center to help set up a long-term election observation mission in advance of presidential elections in that country. In 2017, Rahul traveled to Myanmar to provide research support to local lawyers and activists pursuing constitutional reforms in the country. While in law school, Rahul worked as a student-attorney for Protect Democracy, a non-partisan organization dedicated to protecting elections and preserving the rule of law in the United States. In 2011, Rahul interned at the White House Council of Economic Advisers. Rahul received his J.D. from Harvard Law School and his B.A. in Economics and Government from Georgetown University. 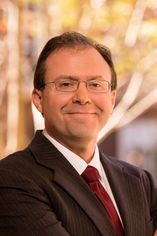 Matt Roessing is a Lecturer in Legal Studies at UGA’s Terry College of Business, where he teaches the legal aspects of business, real estate, and international trade. Matt taught business law at Georgia College from 2012-2017 and won several teaching awards, including the business school’s Students’ Choice Award and the university-wide Excellence in Teaching Award. He is a member of the Academy of Legal Studies in Business and recent winner of its annual Master Teacher Competition. While at Georgia College, Matt started the U.S. Supreme Court Review and helped expand Constitution Day into a week of cross-disciplinary events. Matt previously worked in the Washington, D.C. office of Arnold & Porter LLP and now runs his own law firm in Milledgeville, where he represents local business owners and serves on the board of the Chamber of Commerce. A self-professed “SCOTUS nerd,” Matt follows the Court and his discussions of its decisions have been featured on Georgia Public Broadcasting, Macon’s LawCall, and Georgia College’s WRGC. His Law Blog can be found here. 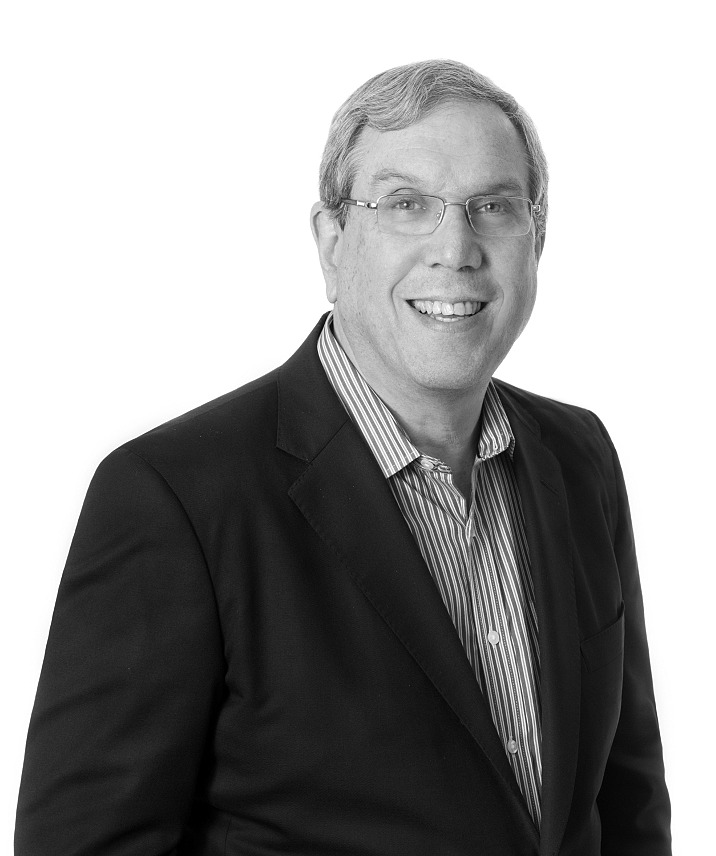 Jeffrey L. Kessler is a partner in Winston & Strawns New York office who serves as the Co-Chair of Winstons global antitrust/competition practice and also co-chairs the sports law practice group. Additionally, Mr. Kessler serves as Co-Executive Chair of the firm. He focuses his practice on all aspects of antitrust/competition, sports law, intellectual property, complex litigation, and government criminal and civil investigations. Jeffrey is one of the most prominent lawyers in the country regularly engaged in high-profile sports litigation. He has litigated some of the most famous sports-antitrust cases in history, including Alston v. NCAA, where Jeffrey secured a unanimous 9-0 victory in the United States Supreme Court on behalf of Division I mens and womens basketball and FBS college football players, McNeil v. the NFL, the landmark antitrust jury trial, which led to the establishment of free agency in the National Football League (NFL), and Brady v. NFL, which led to the end of the 2011 NFL lockout. Some of Mr. Kesslers clients in the sports law area have included the NFL Players Association (NFLPA), the National Basketball Players Association, the Arena Football League (AFL) Players Association, the National Hockey League Players Association, the Major League Baseball Players Association, the National Invitation Tournament (NIT), Relevent Sports, Endeavor, Activision Blizzard in esports, Wasserman Media Group, SCP Worldwide, the NFL Coaches Association, Super Slam, FloSports, Players, Inc., the Women's Tennis Benefit Association, MVP Sports Group and Adidas. Mr. Kessler has also represented various classes of NBA, NFL, AFL, and MLS players, the North American Soccer League, the United States Football League, and the Cities of San Diego and Oakland, as well as Alameda County, in various sports law disputes and litigations. Mr. Kessler negotiated the current free agency/salary cap systems in the NFL and NBA, and successfully represented Latrell Sprewell in his controversial suspension arbitration. He also represented pro bono Oscar Pistorius, the double amputee athlete, in his successful arbitration to obtain the right to compete against able-bodied athletes around the world and is representing the Women’s National Team in soccer in their landmark class action litigation for equal pay. Jeffrey received a J.D. from Columbia Law School in 1977, where he was a Kent Scholar and on the Board of Editors for the Columbia Law Review. He received a B.A., summa cum laude, from Columbia University in 1975. 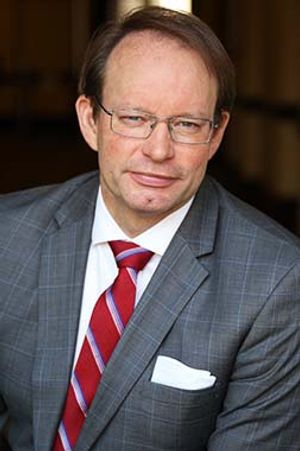 Stephen Bradley is Superior Court Judge for the Ocmulgee Judicial Circuit, and thus proudly serves the people of Morgan, Greene, Jasper, Putnam, Baldwin, Jones, Wilkinson, and Hancock Counties. Bradley received his undergraduate education at Emory University where he was a Hayward Pearce scholar and graduated cum laude. While obtaining his law degree at the Cumberland School of Law, Bradley was honored to be the lead oralist for the Moot Court Team and simultaneously presided on the Mock Trial and Moot Court Boards. Bradley clerked for the late Hon. Edward S. Smith of the Federal Circuit Court. Bradley has been a public servant in the Ocmulgee Judicial Circuit for over twenty-seven (27) years. He joined the District Attorney’s office in 1994. As an Assistant D.A., Bradley personally handled more than twelve thousand (12,000) felony cases. When Bradley became District Attorney in 2015, he oversaw the expansion of victims services, including starting a circuit-wide Domestic Violence Task Force, and opening the Circuit’s first child advocacy center, the Bright House. In 2020, Bradley was elected to the Superior Court Bench, where he serves today. Bradley has been happily married to the former Lisa Rowe for twenty-seven (27) years. They have two beautiful daughters. Active with youth in the community, Bradley is a founding coach for the Baldwin County High School Mock Trial Team and has served as District Chair for the Boy Scouts of America and on the vestry of St. Stephen’s Episcopal Church. Professionally, Bradley has twice served as President of the Ocmulgee Circuit Bar. 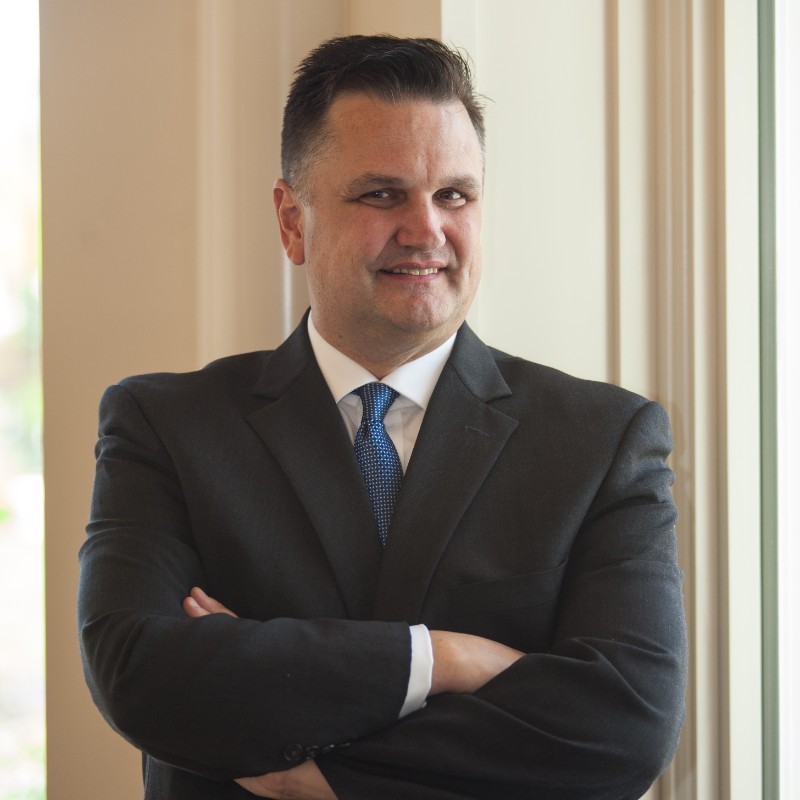 Jeff Teichert, Assistant Attorney General, Utah. Jeff is an expert in constitutional law and legal history. More about his experience can be found here. 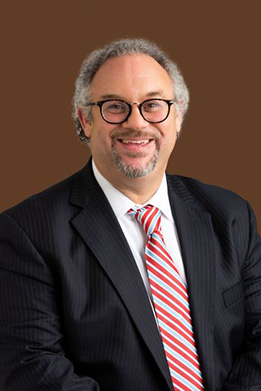 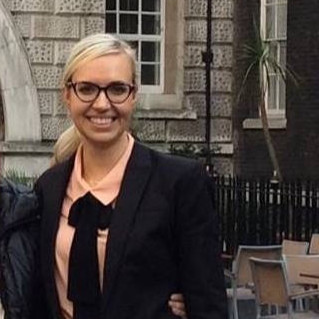 Giedre Stasiunaite, immigration lawyer (Miami, FL) and expert in constitutional law. More about her experience can be found here. 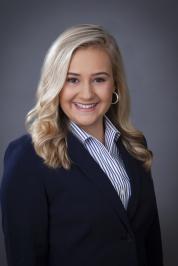 Trax on the Trail Concert

The Reality of Immigration & the Constitution

Usery Forum on Media Literacy and the Future of Democracy

Constitutional Issues and COVID: the Health of Democracy 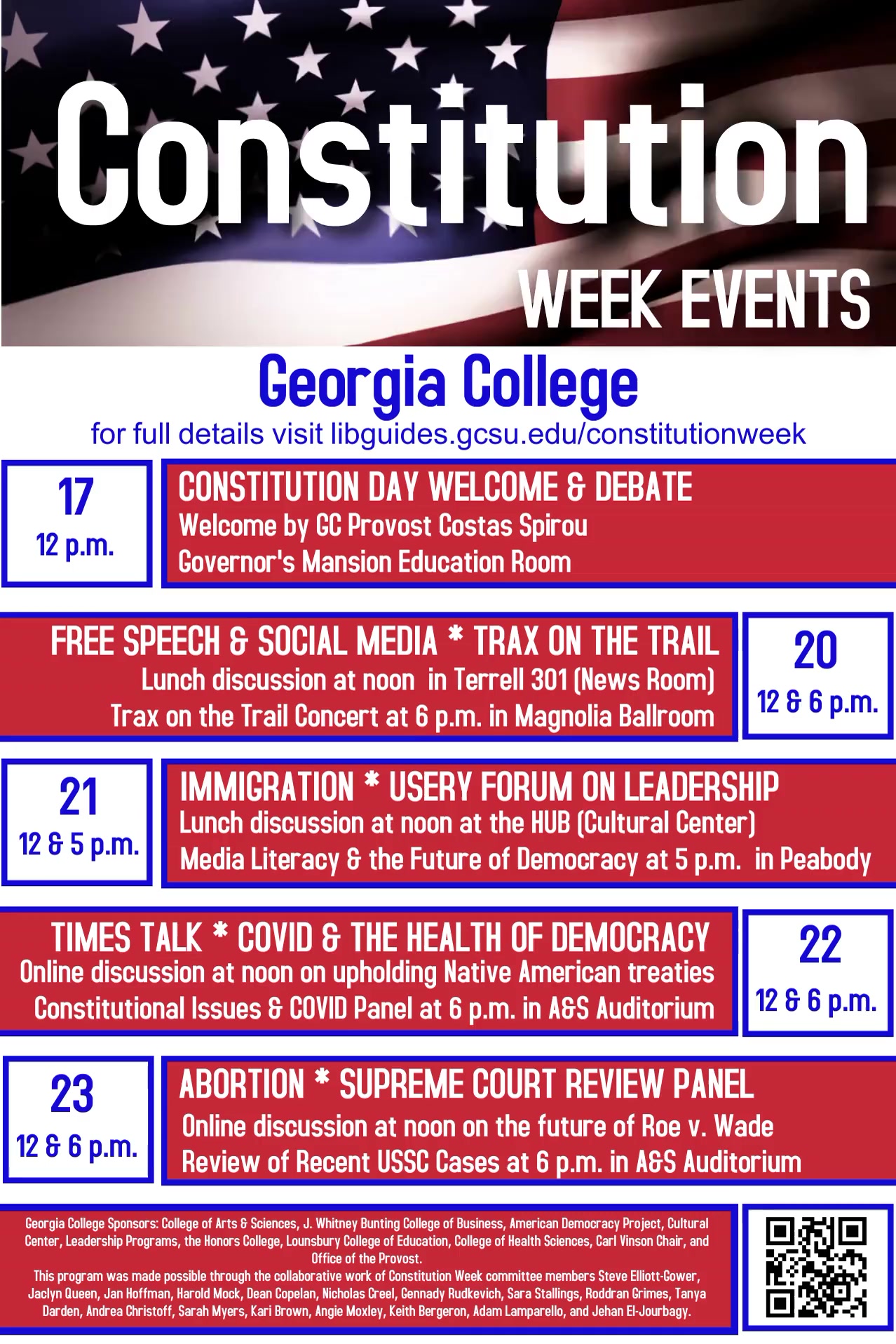