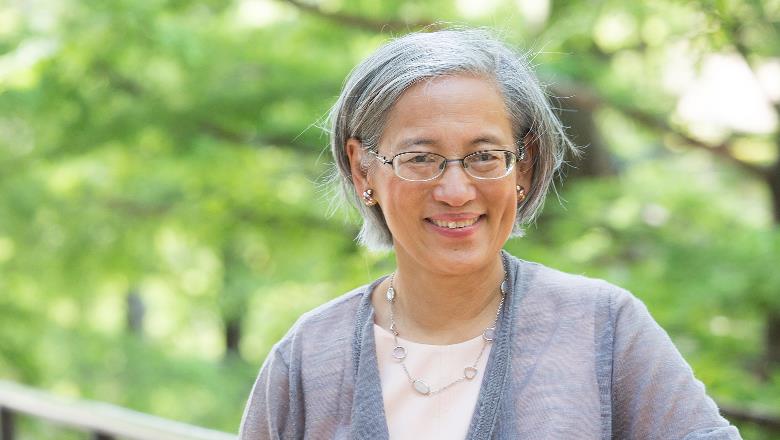 As one of five Superior Court Judges in the Ocmulgee Judicial Circuit, Judge Burleson presides over both criminal and civil cases across eight counties. Judge Burleson also presides over the North Ocmulgee Judicial Circuit Parental Accountability Court as well as the Substance Abuse Division of the Adult Treatment Court Collaborative (Drug Court).

Jack Park is of counsel with Strickland Brockington Lewis LLP (SBL). He has been designated a Deputy Attorney General for the State of Alabama and is assisting the Alabama Attorney General's Office with the legal work associated with the process of redistricting that follows the 2010 Census. Before joining SBL, Jack was a Visiting Legal Fellow in the Center for Legal and Judicial Studies at the Heritage Foundation from October 2009 through October 2010. As a Visiting Legal Fellow, Jack participated in the Center's Supreme Court program and worked on the Center's overcriminalization, civil justice, and civil rights projects. While in the Washington, DC area, from August 2007 to June 2009, Jack served as Special Assistant to the Inspector General for the Corporation for National and Community Service, the umbrella organization for the AmeriCorps, Senior Corps, and Learn and Serve America programs. The Inspector General's Office conducts independent and objective audits and investigations to make sure that the Corporation and the grantees that receive Corporation funds use them in compliance with the applicable federal laws, regulations, and grant conditions. From 1995 to 2007, Jack served as a Deputy Attorney General (until January 2006) and Assistant Attorney General for the State of Alabama. He started working in the Criminal Appeals Division, where he represented the State in non-capital criminal appeals before the Alabama Court of Criminal Appeals and the Alabama Supreme Court and in habeas corpus proceedings in federal court. In January 1998, Jack assumed responsibility for representing the State, its agencies, and employees in redistricting, voting rights and election law, employment litigation, institutional reform litigation, and construction cases in state and federal courts both at trial and on appeal.

While Assistant Attorney General, Jack contributed to three victories in the United States Supreme Court. He wrote the petition for certiorari in Alexander v. Sandoval, in which the Court held that a private plaintiff cannot sue a State agency to enforce the disparate impact regulations promulgated under Section 602 of the Civil Rights Act of 1964. The National Association of Attorneys General recognized the Sandoval certiorari petition as one of the best briefs filed by an Attorney General's Office during the Court's 2000-2001 term. Jack also wrote the jurisdictional statement in Sinkfield v. Bennett, in which the Supreme Court unanimously held that the plaintiffs who challenged the constitutionality of the legislative redistricting plans that Alabama adopted in 1993 on the ground that they were the product of unconstitutional racial gerrymandering lacked standing to pursue their claims because they did not live in the districts they said were unconstitutionally drawn. Finally, he helped write the jurisdictional statement in Riley v. Kennedy, in which the Court held, after briefing on the merits, that the decision of a state trial court that was precleared while on appeal and later reversed by the Alabama Supreme Court did not become the baseline for evaluating changes to the State's voting laws.

Jack worked in the Birmingham office of what is now Bradley Arant Boult Cummings from 1985 to 1995. He concentrated his practice in construction and public contract law, representing owners, contractors, subcontractors, suppliers, and sureties in lawsuits, arbitrations, mediations, and other proceedings.

Jack served in the U.S. Army JAG Corps both on active duty and in the Reserve. While on active duty, he represented the United States in appeals from court-martial convictions in what are now the Court of Appeals for the Armed Forces and the Army Court of Criminal Appeals. Jack wrote more than 250 briefs and argued 25 cases in those courts. As a member of the Army Reserve, he provided instruction in criminal trial advocacy at the Army JAG School.

Over the past 30 years, Jack has co-written book chapters and papers on construction and public contract issues. He has also published articles and white papers for the Heritage Foundation and the Federalist Society, as well as blog posts that appeared on the Heritage Foundation's Foundry blog, and op-eds that have been published in The Washington Times (on-line), The Richmond Times-Dispatch (on-line), The Mobile Register, The American Spectator (on-line), Human Events (on-line), and at Townhall.com.

Jack graduated from the University of Virginia with a B.A. in History and received his J.D. from Yale Law School in 1980. He is a member of the Georgia, Virginia, and Alabama state bars.

Matt Roessing is a Lecturer in Legal Studies at UGA’s Terry College of Business and runs his own law practice, with a focus on business law. After graduating from Williams College and William & Mary Law School, he worked in the Washington, DC office of Arnold & Porter LLP, a multinational law firm. Matt specialized in business litigation and international trade law, representing companies in federal and state courts as well as international arbitration. Before joining the UGA faculty, he taught business law and ethics at Georgia College. In 2013, he started the first Supreme Court Review, now an annual tradition and a centerpiece of GC’s Constitution Week.

Professor Dave Oedel is a professor at Mercer University Law School in Georgia. He is counsel to officials of both political parties, and government entities, on constitutional law and related matters. Oedel served as counsel to the State of Georgia in challenging the constitutionality of the Affordable Care Act, specifically including its challenged requirement that states expand Medicaid by about half or lose all Medicaid funding. That aspect of the Affordable Care Act was struck by a 7-2 decision of the United States Supreme Court in the 2012 case of NFIB v. Sebelius, in which the Court adopted Professor’s Oedel’s view of coercion of states by the federal government as unconstitutional. Professor Oedel has represented Agriculture Secretary Sonny Perdue, a Republican, when governor of Georgia, and presently represents former Macon Mayor Jack Ellis and previously represented four-term Georgia U.S. Representative Jim Marshall, both Democrats. Oedel is presently engaged in representing individuals and entities in various public-policy matters.

Randy Beck joined the faculty of the University of Georgia School of Law in 1997 and was named the holder of the Justice Thomas O. Marshall Chair of Constitutional Law in 2011. He was the 2016-17 Garwood Visiting Fellow in Princeton University’s James Madison Program in American Ideals and Institutions.

Beck’s scholarship has appeared in the Hastings Constitutional Law Quarterly, the Notre Dame Law Review, the American Journal of Legal History, the Northwestern University Law Review, the University of California-Davis Law Review, the Illinois law Review, the North Carolina Law Review and the Journal of Law & Religion. A dedicated teacher as well as scholar, Beck has twice received the C. Ronald Ellington Award for Excellence in Teaching and has also been honored by the graduating class on four occasions as the recipient of the John C. O’Byrne Memorial Faculty Award for Furthering Student-Faculty Relations.

Prior to his law school appointment, Beck worked as a general litigation associate with the Perkins Coie law firm in Seattle. He also has government experience from service as an attorney-advisor in the U.S. Department of Justice Office of Legal Counsel. Beck has served as a law clerk for U.S. Supreme Court Justice Anthony M. Kennedy and Judge Patrick E. Higginbotham of the U.S. Court of Appeals for the 5th Circuit. He graduated first in his class at Southern Methodist University School of Law and earned his undergraduate degree from Baker University.

Panel on Immigration and Refugees

Stephanie Jackson Ali is the current Civic Engagement Manager at New American Pathways. She is an organizer, advocate and educator with experience in the fields of consumer protection, women’s rights, voting rights, HIV and immigrant and refugee advocacy. Since 2012, she has been working with New American Pathways and the Coalition of Refugee Service Agencies to lift up the voices of new Americans in Georgia and to empower refugees to take a larger role in their democracy. In 2014 she helped to design and implement a voter registration and education program for New American Pathways, which in 2016 was expanded to a full-time Civic Engagement Program. She has bachelor’s degrees in English and journalism from the University of Georgia. She obtained a Master of Social Work degree, with a Certificate in Nonprofit Management, from the University of Georgia in 2013.

New American Pathways is an Atlanta-based nonprofit that helps refugees from the moment they arrive in Georgia through their journey to U.S. citizenship. With a comprehensive set of customized services, steady guidance, and strong advocacy, New American Pathways enables refugees and other immigrants to realize their full potential and dreams as they build new lives in Georgia. Beginning with resettlement services and by keeping a strong focus on jobs, education, cultural integration, individual and female empowerment and building strong families, NAP's specially designed programs provide proven pathways to self-sufficiency and success. By matching peoples’ unique individual assets with the opportunities available in the community, NAP helps ensure that these new Americans develop and contribute their special skills and talents to strengthening the American workforce and helping Georgia thrive.

Freedom of Speech and Guns on Campus 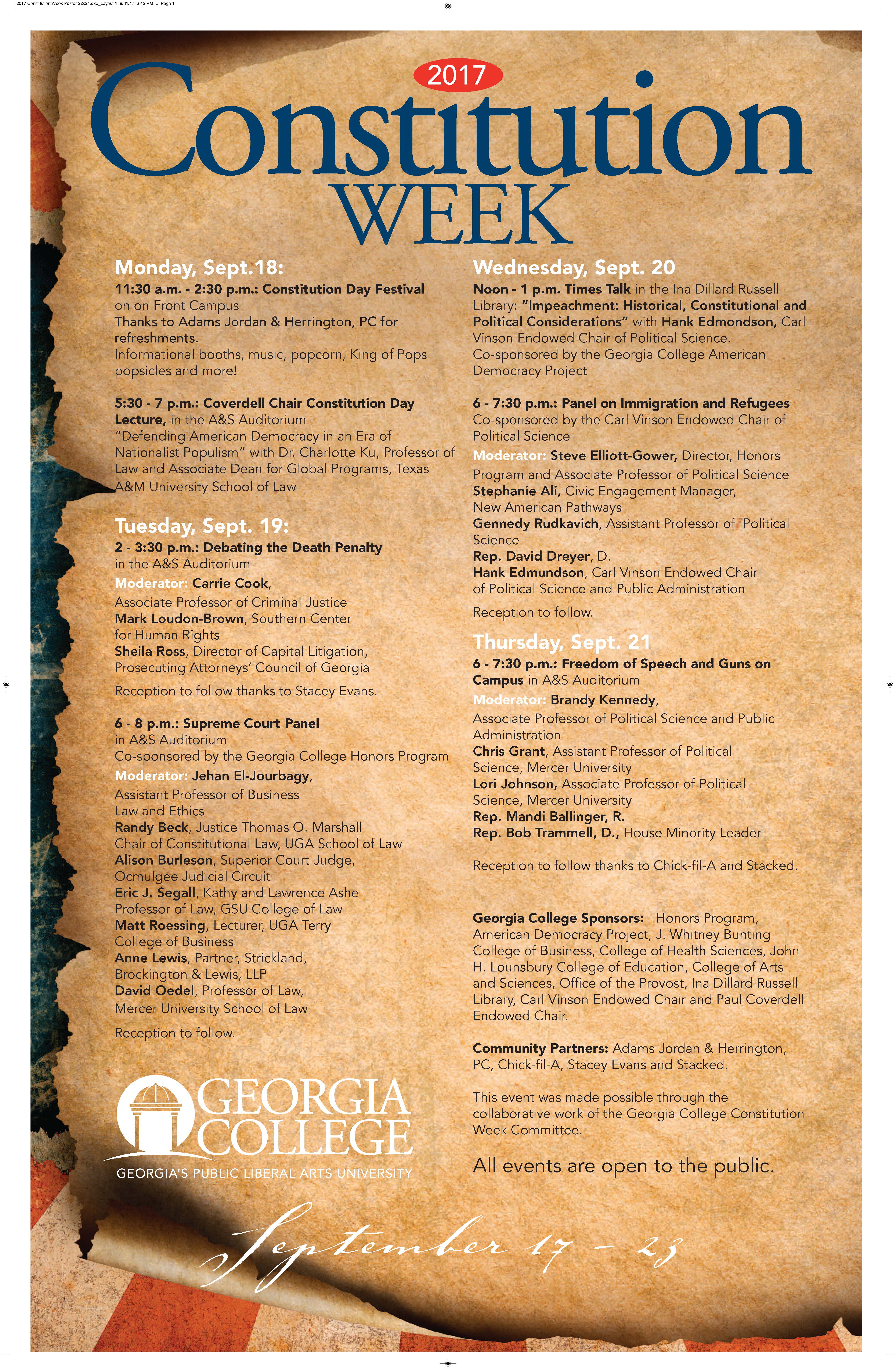